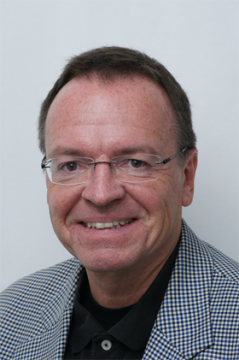 By Sebastian Richter of the German Building Federation

The EFFC promotes the interest of 16 National Federations in Europe and as part of its mission has to ensure that specific needs are taken into consideration during the European legislative process in order to create a sound business environment.

That is why I would like to illustrate the interaction of the major European Institutions in Brussels and Strasbourg:

The European Commission is the politically independant institution that represents the interest of the EU as a whole. It proposes legistation, policies and programmes of action and is responsible for implementing the decisions of the European Parliament and the Council. It ensures that EU law is correctly applied by member countries. The term “Commission“ refers to both the 28 Commissioners and the wider institution itself.

The Commission has the right of initiative to propose laws for adoption by the European Parliament and the Council of the EU (national ministers). In most cases the Commission makes proposals to meet its obligations under the EU treaties, or because another EU institution, country or stakeholder has asked it to act. Before making proposals, the Commission consults widely so that stakeholders (i.e. federations) views can be taken into account. In general, an assessment of the potential, economic, social and environmental impact of a given piece of legislation act is published along with the proposal itself (“impact assessment“).

The principle of subsidiarity and proportionality mean that the EU may legislate only where action is more effective at EU level than at national, regional or local level, and then no more than necessary to attain the agreed objectives.

The European Parliament with its 751 Members of Parliament (MEP) is the EU´s law-making body. It is directly elected by EU voters every 5 years. The last elections took place in May 2014.

The Parliament´s work comprises two main stages, i.e. Committees, that prepare legislation and Plenary sessions to pass legislation. There are 20 committees and two subcommittees, each handling a particular policy area. The committees examine proposals for legislation, and MEPs and political groups can put forward amendments or propose to reject a bill. These issues are also debated within the political groups. MEP´s also consult federations due to the lack of specific knowledge were expertise of federations´ is most welcome. At plenary sessions all MEPs gather in the Chamber to give a final vote on the proposed legislation and the proposed amendments. Normally held in Strasbourg for four days a month, but sometimes there are additional sessions in Brussels.  Apart from the legislative role, the European Parliament has supervisory tasks such as electing the Commission President and approving the Commission as a body. The Parliament is also in charge of establishing the EU budget – together with the Council. The President of the European Parliament is Martin Schulz, Germany.

The European Council brings together EU leaders to set the EU´s political agenda. It represents the highest level of political cooperation between EU countries and is the “voice of the member states“.

The European Council decides on the overall direction and political priorities. The Council sets the EU´s common foreign and security policy, taking into account EU strategic interests. The work is carried out in Council meetings that are attended by one minister from each EU´s national governments. Which ministers attend which Council depends on the subject, for example Environmental issues are discussed by attending environment ministers. Council meetings are supported by the Permanent Representatives Committee (“Coreper“). The Coreper is composed of the Member States governmentsPermanent Representatives to the European Union. Each Member State has a team (“Permanent Representation“) that represents it and advocates its national interest at EU level. The head of each Representation is the ambassador to the EU.

Federations may approach Permanent Representations, however, lobbying on at Council level means lobbying at national level towards national governments.

Decisions in the Council are taken by vote – in most cases a decision requires a qualified majority. In some cases the treaties require a different procedure, for example a unanimous vote in the field of taxation.

Federations and stakeholders try to have an impact on the decision-making process of these European institutions by intervening at the earliest possible time by providing written or oral positions and proposals, which might be taken into consideration.