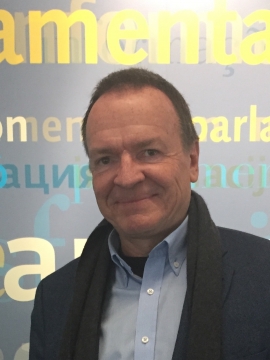 In the last “Europe Corner” we illustrated the major European Institutions. Today we want to have a closer look at the European Parliament with its 751 deputies (see deputies country by country http://www.europarl.europa.eu/meps/en/crosstable.html)
the so- called co-decision (ordinary) legislative procedure.

How does it work?

The President of the European Parliament refers the European Commission’s proposal to a parliamentary committee, which appoints a rapporteur who is responsible for drawing up a draft report containing amendments to the proposed text.

Council can: accept the EP position, in which case the legislative act is adopted; or adopt changes to Parliament’s position, leading to a Council’s 1st reading position, which is sent to Parliament for a 2nd reading.

The institutions are encouraged to exchange information on the progress and timetable of negotiations in the framework of the ordinary legislative procedure.

Council decisions are prepared within specific working parties made up of representatives of the member states and chaired by the representative of the country holding the six-monthly rotating presidency, assisted by the Council’s secretariat.

The Council may reach agreement in principle – commonly termed a general approach – before the European Parliament delivers its position. This is rare and happens mainly in cases where there is a strong impetus to reach a 1st reading agreement.

A 1st reading position may be adopted without debate where agreement has been reached at a preparatory stage.

The text of the 1st reading position is sent to the Parliament, together with a statement of reasons, and any statements made by the Council and/or the Commission for the Council’s minutes. The Commission informs Parliament of its position.

The European Parliament has 3 (with a possible extension to 4) months to examine Council’s position. The Council position goes first to the responsible committee, which prepares a recommendation for Parliament’s 2nd reading. Plenary votes on the recommendation including possible albeit limited amendments.

The Council either approves all Parliament’s amendments, in which case the legislative act is adopted, or it does not approve all the amendments.

In the latter case, the President of the Council, in agreement with the Parliament President, convenes a meeting of the Conciliation Committee.

Within 6 (with a possible extension to 8) weeks of the Council’s refusal to adopt Parliament’s 2nd reading position, the Presidents of the Council and European Parliament convene the Conciliation Committee, with equal numbers of MEPs and Council representatives.

Depending on the decision of European Parliament and Council the text is adopted.

It is quite evident for these co-decision procedures to take long time until such dossiers are eventually finalized. The revision of the working time directive is one example where European Parliament and European Council did not reach a consensus in 2009. Other examples for legislative proposals dealt with in the complete process are e.g. microfinance topics and passenger rights.

Increasingly the European Institutions try to avoid long-lasting processes and try to find a compromise by means of the so-called “unofficial” trialogue. Meanwhile about 80 % of the legislative proposals undergo such trialogue procedure to avoid lengthy co-decision. The European Institutions, however, will have to find ways to combine the needs for short proceedings with the requirements of transparency.