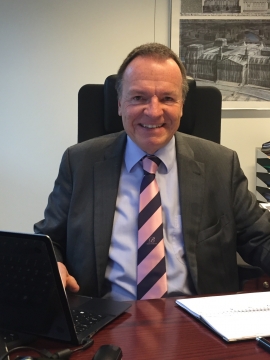 Since EU law sets the standards for national law EU Directives have a high impact on the daily work of enterprises in the Construction Sector. In order to get a better understanding of this effect, two examples, namely the Directive on the Posting of Workers[1] and the new initiative of the European Commission regarding the service passport will be examined in detail in the following article.

Posting of workers: an important topic for the construction sector?

The reason why the posting of workers Directive is undoubtedly of high relevance for the construction industry becomes evident when looking at some figures about posting.

Even though the phenomenon of posting applies only to approximately 1% of the EU employees, the variation changes significantly among countries and sectors. According to a study carried out in 2014, 42% of all postings were counted in the construction sector. In some countries such as Slovenia, Finland and Belgium more than 50% of all employees working in the construction area are posted into these countries.
There are two main reasons for posting. On the one hand employers use the advantage of reducing labour costs by posting workers from a low or middle wage to a high wage country. This is mostly the case in the construction, transport and agricultural sector. On the other hand there is an exchange of workers between high-wage countries mainly for engineers or professions in specialised construction to cover a lack of skilled workers in the receiving country.

Historical issue: The Posting of Workers Directive from 1996

The Posting of Workers Directive (PWD) was tabled in 1996 with the intention to secure the mobility of services across national borders.
In order to set a legal framework for the increasing number of posted workers after the EU enlargement minimum standards were defined. These standards don´t aim at equalizing the rights of domestic and posted workers. Instead they include minimum rates of pay and working conditions like maximum working time.
Apart from the construction sector, member states and employers were not forced but had the option to extend the basic rights given in the legislation to collective agreements made in the host state.
Historically the emergence of the Directive was ruled by the question whether the Directive should concentrate on workers’ rights or the free competition and proper functioning of the single market. In the Directive of 1996 the latter object was focused.
However, this debate is still ongoing as one can see in the adoption of the Enforcement Directive 2014 and the new commission proposal from March 2016.

Changing circumstances and the amendment of the PWD

The main aim of the Enforcement Directive was adapting the PWD to changing circumstances of the labour market in the 21st century and guaranteeing its effective implementation in the member states.
Thus certain measures to ensure better communication among EU states, improvements of the controlling system as well as advanced definitions regarding the posting of workers were introduced. The implementation of the points made in the Enforcement Directive should have been completed by the Member States until June 2016. Nevertheless the European Commission proposed a revised Directive on the Posting of Workers on the 8th of March 2016.

Justifying the need for the proposal, the Commission stated that the current PWD even if combined with the Enforcement Directive, wouldn´t consist of the proper instruments to address certain problems like the lack of a consistent definition of minimum rates of pay. Hence, the revised Directive determines that posted workers be eligible to receive the minimum wage as established in the legislation or collective agreements made in a sector. In this respect the payment includes all benefits local workers enjoy like quality bonuses, travel expenses or allowances for heavy or dangerous work.
Contrary to the PWD of 1996 these rules don´t apply to the construction sector only but are mandatory for all sectors.

In reaction to the proposal 14 national parliaments submitted complaints because they were concerned whether the new Directive would meet the principle of subsidiarity. Since more than one third of the national parliaments were involved the yellow-card process was triggered.
The idea behind the yellow-card is to guarantee the smooth working of the EU by involving the parliaments of the member states from the beginning of the legislation process. As a result the Commission is forced to react either by withdrawing the proposal, adapting it or ignoring the parliaments´ concerns.

In this case the European Commission decided to take the latter option. The critique that the new Directive would limit national rights has been rejected.
The European Commission claimed that neither the main objective of the revised Directive (the remuneration according to the concept of minimum pay and its adaption to all sectors) touched by the Enforcement Directive, nor the proposal did violate the principle of subsidiarity. Therefore the new proposal has not been considered as inappropriate.

Taken that European Commission pursues the idea of revising the PWD, the debate about the posting of workers will continue since the relation between free mobility of services and the rights of posted workers remains unsettled. As highlighted by the European Parliament, problems such as the lack of reliable data to analyse the situation of posted workers, and to make valid statements about the use of the directives besides the importance of including social partners to the process, as well as respecting their autonomy, were not addressed by any of the directives or the proposal presented recently by the European Commission.

A new debate: The Service Passport

A rather new initiative compared to the long history of the Posting of Workers Directive is the Service Passport.

As a part of its effort to improve the single market the European Commission wants to introduce a Service Passport as an instrument to simplify the cross-border transfer of services. Its implementation should be carried out on a voluntary basis and aims mainly at technical service providers such as engineers or architects. There has not been any legislative proposal released yet but the possibility to participate in the open consultation was given with the results being presented on the 6th of September 2016.
However, the suggested system contains a unitary and electronical method to store information about a person’s business (its name, number of employees, etc.) including licenses, track records and information about insurances. These data will be given to one agency in the home country which will check the validity and contact the correspondent administration bureau in the host country.
The receiving country will be provided with certain measures (which have to be defined) to secure that its national quality standards won´t be violated.

As a result such a Service Passport might make the transfer of services among EU countries less complicated. By having only one agency responsible for the Service Passport in each member state the administrative expenses would be reduced and the lack of an effective information flow would be covered.
In addition the electronical system is user-friendly, reduces translation costs on the one hand and can be easily transferred across borders on the other hand.

Furthermore the Commission thinks about including data about taxes or social security to the Service Passport as well as equalising insurance certificates to make them comparable across member states.

At this early stage the concrete effects of a Service Passport are not yet quite clear. That is why most stakeholders voice reservations and the European Commission organises a lot of meetings to persuade them and to illustrate the benefit of the Passport.

Obviously these are only two examples picked from the social policy area. Nevertheless a wide range of other EU initiatives, such as regulations made on the conditions of entry and residence of third-country nationals in the framework of an intra-corporate transfer, or on combating late payment in commercial transactions, highly influence the everyday business in the construction sector.