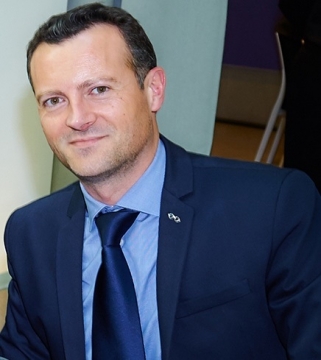 This federation brings together 40 companies, ranging from regional SMEs to national and international companies. SOFFONS “weighs” about 85% of the national turnover with 1.4 billion euros.

Technicality and ability to develop innovations are the main characteristics of our members. Hence they share the fundamental aims of SOFFONS, which are improvement of technics, improvement of safety and human dimension.

1. The Federation, through its technical commission, is one of the main stakeholders in regulation and standardisation, at national level but also with regards to the European one: from Eurocodes (CEN/TC 250), special geotechnical works standards (CEN/TC 288) and also professional recommendations (harmonised rule of tower crane foundations design).

To these regulatory considerations are added complex questions related to the development of new technics, such as the generalisation of the geothermal; it implies to reconsider design of structures under the effect of the different temperature regimes to which they will be subjected.

2. However, standardisation or regulations shall be driven with scientific results. That is the reason why our members conduct ongoing collective research and innovation to respond to needs that evolve increasingly. If we were to give a few examples of fields of research, these could be mentioned: digital, soil mixing, urban works and research on concrete. This statement alone makes it possible to appreciate the diversity of subjects.

– The control of the considerable amount of data gathered today through all the stages and tools of design and realisation, and their practical exploitation, constitute an important stake. It will require tools to classify and make them intelligible in order to exploit and couple them with the BIM. We have to accompany these evolutions that will bring added value to the role of our companies in the mastering of construction sites.

– A thesis has been launched in order to consolidate the development of specific and harmonised methods of calculation which facilitate use of soil mixing.

– Finally, concretes used in civil engineering foundations, unlike those generally cast for infrastructures, must be self-compacting (without being vibrated), deep and at important distances from the place of casting (the surface). Their rheology must ensure stability for several hours regardless of the distance and the length of implementation. Hence the development of test models that ensure well controlled deferred behaviours at each stage of realisation.
It is a subject that mobilises all European professionals through the EFFC; SOFFONS is involved in the ongoing research. Ultimately, the objective is to revise the concrete standard EN 206.

– A final example is the follow-up to the ASIRI national project, which mobilised our sector around rigid inclusions, the study of the behaviour of structures undergoing loading / unloading cycles and which lead to publication of recommendations in 2016.

3. A main characteristic of the branch is the degree of mechanisation. For many years SOFFONS has been going much further than strict regulatory provisions in terms of safety. The evolution of the working conditions and the constant search for more safety is indeed an essential objective for SOFFONS members:
SOFFONS participated actively in the publication of the new foundation and drilling machine standard EN 16228. This standard resulting from the Machine Directive imposes a physical or dematerialised protection with regard to moving parts. The standard has been designed and published in addition to the Machine Directive which defines the essential safety and security requirements. The Machinery Directive is a very general text requiring precisions and especially a technical translation to apply to this equipment. The participation of users, and in particular of SOFFONS, has been strategic in this evolution (will of protection of the mobile working bodies which was imperfectly ensured in previous versions, greater precision in the definitions of means of access, detection of the bad practices diverting the effectiveness of the existing devices, feedback of experiences) and opening to innovation (protection ensured by a physical device or an intangible device ensuring the stop of the movement in case of risk or incident). SOFFONS is now participating to the amendment of this standard. SOFFONS is also in discussions with National Authorities in order to retrofit past machines to align the safety requirements with EN 16228.

Apart from a higher level of safety of machines, SOFFONS is developing tools for its members to inform employees of specific risks in foundation works.

4. SOFFONS is willing to accompany the high-potential workers towards higher management construction site functions. For four years, a six-week training course has been developed, updating knowledge in basic subjects (mathematics) and offering specific learning on contracts, technics, materials, safety and management of a construction site.