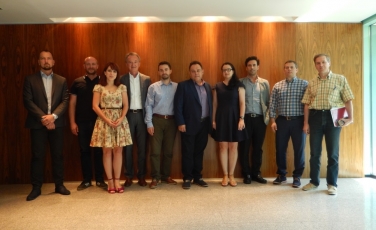 The President of the EFFC attended the General Meeting of the Romanian Federation on Friday 10th July 2016 in Bucharest.

The Romanian Federation was formed by five Founding Members in 2014.

Four Founding Members were present at the General Meeting, which was led by a representative of a Law Office. Members decided to vote for the second term of the running President Carlos Vazquez and they invited two additional Members to the Federation.