AGM of the German Federation BFA 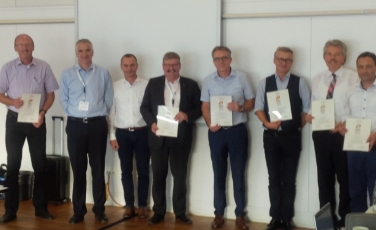 The Annual General Meeting of the Bundesfachabteilung Spezialtiefbau (BFA) took place on the 14th of September 2016 and twenty six members were present.

The Chairman, Mr. Uwe Hinzmann, welcomed the participants and emphasised the issue of compliance, reminding all participants of the purpose of the meeting – to promote the common interests of Special Foundations in Germany and Europe.

The meeting continued with topics such as HSE, Noise on Construction Sites, Standards and Environment & Sustainability.

The President of the EFFC was then invited to present the work and topics of the European Federation, the EFFC.