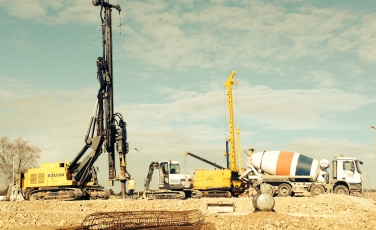 Keller Fondations Spéciales were recently sub-contracted by Eiffage, who are the main contractor to work on the A9 Highway enlargement in Montpellier, France.

Vinci Autoroutes, the client, decided to increase the width of this highway section by 25km, due to the intensity of the traffic.

With a contract value of €1,422,000, Keller Fondations Spéciales was in charge of the ground improvement by rigid inclusions for the part of the project which was awarded to Eiffage.

The project which will overall cost 150 million euros started in July 2014 and is due to be finished by September 2017.